In his essay Artists in Times of War, Howard Zinn writes    “…it is the job of the artist …to think outside the boundaries  of permissible thought and dare to say things that no one else will say.” * Yes, of course, but where in our current world of standardized testing and limited access to opportunity do our urban youth get the space and encouragement they need to become the artists Howard Zinn envisions? One place is Books of Hope (http://booksofhope-ma.org), a writing and literacy empowerment program located in the Somerville Housing Project that encourages urban and immigrant youth to develop their own voices through writing poetry. The young artists of Books of Hope do more than creative writing however; in addition to writing and performing their poetry, they also publish their own work and sell their books on the Mystic Ink Book Tour, inspiring other young people to read and to write their own poetry.

Listen to Soul Brown, Director of Books of Hope, describe this inspiring project, hear readings of four dynamic and vibrant poems, read by their youthful authors, and listen to a discussion of poetry, life, and art by these four young poets, moderated by Janet Gillespie. The work of these youth is ferociously honest and imaginative, full of life, and yes, hope. Their voices may inspire you to “…think outside the boundaries of permissible thought and dare to say things that no one else will say.”

Let us know what you think!

This program was previously broadcast on The Bridge on May 25, 2012.

Listen to Books of Hope on The Bridge here:

Posted by Janet Gillespie on June 21, 2012 in Uncategorized

Friday 6/15 on The Bridge: Political Performance and the Occupy Movement

What I learned from interviewing our guests for this program on The Bridge is that political performance happens when people go beyond just talking politics and instead gather together in public spaces for the common purpose of focusing on structures and uses of power – whether to solidify power for social change, or to challenge oppressive power structures. People coming together to demand changes in who holds power and often to challenge the power structure itself, perform the idea of resistance in order to achieve social justice.

So the Occupy Movement is basically political performance – groups of people gathering in a public space, performing with our bodily presence the idea that “We are the 99%. We belong here. Pay attention to us. We refuse to be left out. The one percent can’t have it all.”

Of course political performance manifests itself in many ways. Some very effective and exciting ways are discussed on the June 15 broadcast of The Bridge. While both our guests place the Occupy Movement in the long and honorable history of political performance, both men also give us alternative ways of thinking about performance that are unique to Occupy. Traditionally, when we think of performance, we divide people into two groups: the performers, who are active, talking, singing, dancing, and the audience, who just sit there quietly and passively absorb the message of the performers. Both Theater Offensive, with the guerrilla musical 99% Stone, currently on tour in Boston neighborhoods, and John Bell’s examples of political performance in the Occupy Movement, dissolve the barriers between audiences and performers and actively involve all people in the performance of democracy.

Listen to our guests describe political performance and its ability to engage people in enacting democracy in ways that reach beyond just “talking politics.”

You can listen here:

Posted by Janet Gillespie on June 13, 2012 in Uncategorized 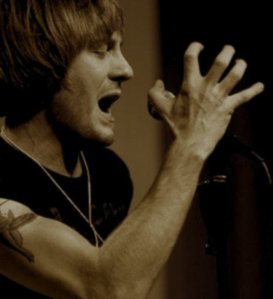 This Friday I talk to Simone Beaubien, SlamMaster at the Cantab Lounge. Simone has been hosting there since 2004 and is currently the reigning Champion of Champions of the venue. She will tell us all about the Slam Poetry scene.

In the second half of the show I interview, James Caroline who is phenomenal! An intense performer, a warm big hearted guy, a delight to be with and an exciting force of nature when he performs. Jamie travels all over America and the world

During the spring of 2004, he directed and performed in Musician and the Muse, a performance of poetry and music at the Cambridge Multicultural Arts Center, featuring Nicole Terez, Tom Daley, Regie Gibson, and Iyeoka Okoawo. He was also commissioned to write the vocal text and act as artistic sound director for the Naked Truths; Voices of Shame, Sexuality, and Eating Disorders in Women, a play performed at HERE multimedia center in Manhattan. Selected publication credits include The Lifted Brow, The Cascadia Review, Quarry, Subliminal, A Face to Meet the Faces: An Anthology of Contemporary Persona Poetry, and Painted Bride Quarterly.

Recently, he became the closing speaker for Join The Impact Massachusetts, performing along side Senators and activists in protests against DOMA, Prop 8, and other Queer issues. He is currently working on a collection of poems, Live, From the Killing Jar, and a novel in verse based on the myth of Dionysus

You can listen to the new audio here.

Posted by lindacarmichael on June 7, 2012 in Uncategorized

Danny Bryck will be performing his one-man documentary play No Room for Wishing on June 29 in a one-night only workshop production at Central Square Theater. Danny was featured on The Bridge, in May when we did a show on Political Theater: 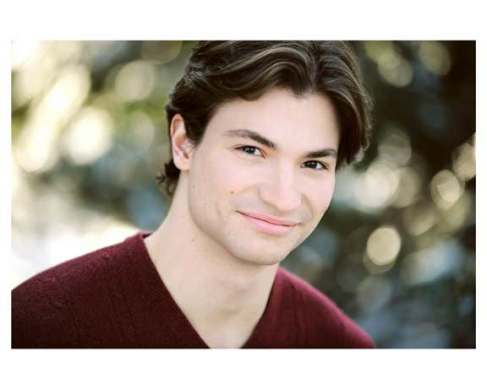 Written using only the exact words of the people involved in Occupy Boston, No Room for Wishing pieces together the voices and experiences of a variety of diverse individuals into the larger story of what happened over the two months that Occupy Boston held a physical encampment in Dewey Square.

Both personal and political, No Room for Wishing is an up-close look at the sociopolitical climate of contemporary America and the way it affects a broad spectrum of people. Probing the ways that we as a culture perceive and communicate with each other, it asks, “What happens when we try to reinvent society?”

This will be the first fully-staged workshop production of the play, which has been in development for the past eight months. Seating is limited so please reserve your seat in advance. To reserve a ticket please email info@centralsquaretheater.org

For more information, including a sneak preview of the play, go to Danny’s web site.

Posted by lindacarmichael on June 6, 2012 in Uncategorized